We aim to educate, both about the importance of ants to our environment and the ecosystems that are so unique and about the responsible handling of potentially invasive species.

We do not sell ants that are either invasive in Europe or endangered/protected in the region where they are being collected.

What can you do?

Please do not support the trade with invasive ant species. These can damage our ecosystems irreversibly and not only cause harm to native ants but all species in these habitats.

If you cannot or do not want to keep your ant colony any longer, do not release them into the wild under any circumstances. No matter if exotic or native species. Colonies that were kept at home no longer belong in nature. We offer to take back colonies free of charge, otherwise there are various martplaces or social media groups where colonies can be passed on or sold.

The mound-building forest ants, with the exception of the blood-red predatory ant (Formica (Raptiformica) sanguinea), are once again among the specially protected animal species according to the Ordinance on the Revision of the Federal Species Protection Ordinance and on the Adaptation of Further Legislation of 16 February 2005 (BGBl. I p. 258, ber. p. 896 / FNA 791-8-1).

For the specially protected ant species, the general protection has been extended in § 44 BNatSchG.

According to this, forest ants and their developmental forms may not be taken from nature or even killed. Any interference with the nest structure is strictly prohibited.

There is an absolute ban on possession and marketing as well as a traffic ban for forest ants.

All violations are considered an administrative offense and may even be punished by imprisonment. 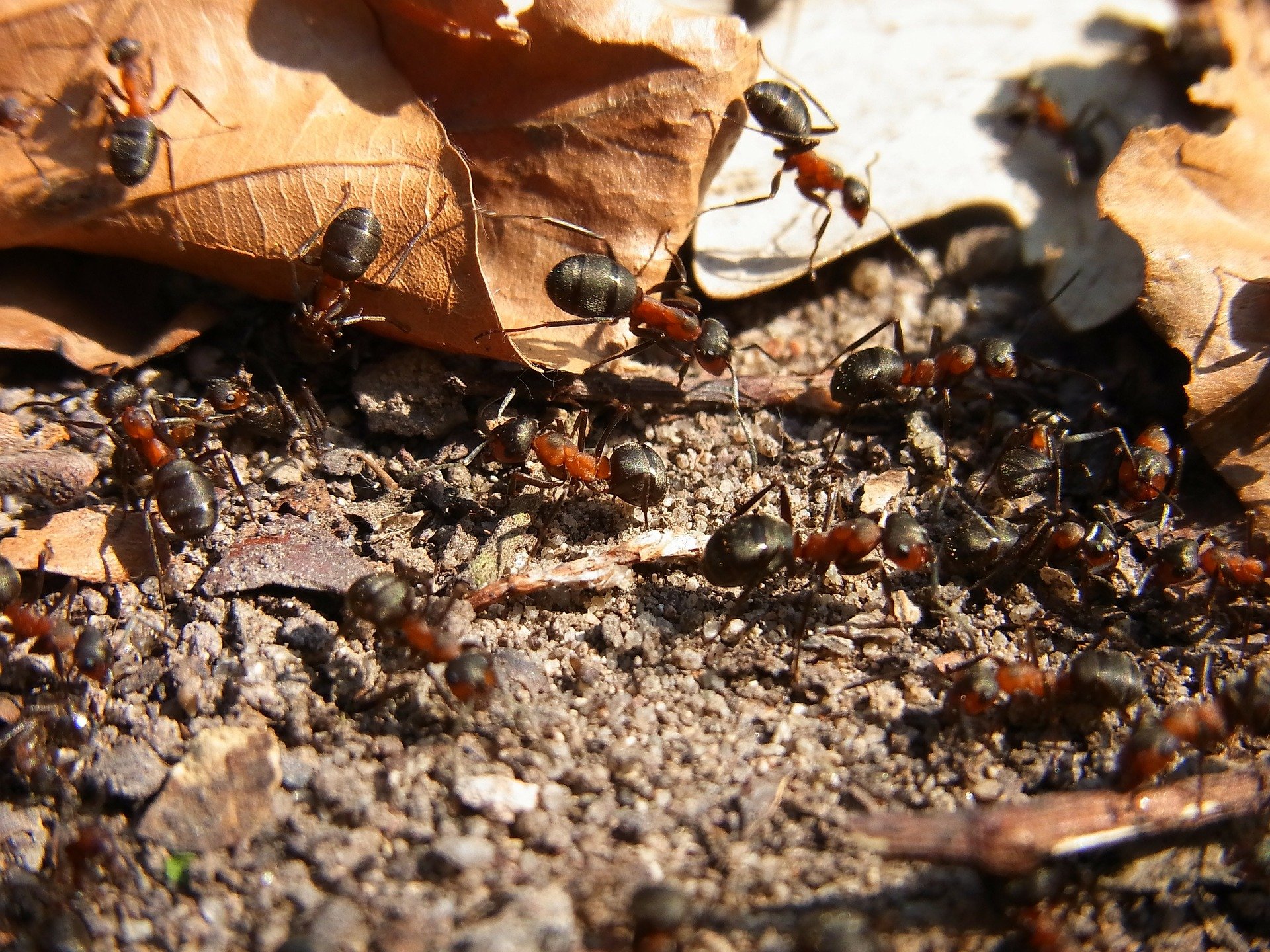 Even though some of these species prefer warm climates, they can adapt extremely well and are therefore one of the greatest threats to our ecosystems and biodiversity.

Invasive: all six continents in sub-tropical and temperate regions

Risk: decrease in ant biodiversity and the disruption of native ecosystems

Invasive: temperate and tropical climate zones around the world

Risk: It is a serious threat to biodiversity through the displacement of native invertebrate fauna and is a pest of agriculture as it harvests seeds and harbours phytophagous insects that reduce crop productivity. Pheidole megacephala are also known to chew on irrigation and telephone cabling as well as electrical wires.

Invasive: almost world-wide, in the northern hemisphere only indoors

Risk: negative effects are caused by the enormous numbers of ants tending aphids on trees and occupation of electrical conduits in homes and gardens.

Invasive: on all six continents but in temperate climate only inside buildings

Risk: Due to Monomorium pharaonis’ ability to act as a vector for some bacterial human pathogens, its presence in hospitals is of great concern as it may increase infection rates.

Risk: crop damage caused by its tending of honeydew-producing insects

Ants that are invasive in certain regions so far

Native: from India to Africa

Risk: Monomorium destructor is known to cause extensive economic damage in urban environments by gnawing holes in fabric and rubber goods, removing rubber insulation from electric and phone lines and damaging polyethylene cable.

Invasive: only in North America

Native: South America and the caribbean

Invasive: in the USA

Invasive: in Hawaii and New Zealand but does not belong to the major pests

Invasive: in the USA

We use cookies on our website to give you the most relevant experience by remembering your preferences and repeat visits. By clicking “Accept All”, you consent to the use of ALL the cookies. However, you may visit "Cookie Settings" to provide a controlled consent.Cookie Settings
Read More
Accept Reject All
Manage Cookie consent

This website uses cookies to improve your experience while you navigate through the website. Out of these, the cookies that are categorized as necessary are stored on your browser as they are essential for the working of basic functionalities of the website. We also use third-party cookies that help us analyze and understand how you use this website. These cookies will be stored in your browser only with your consent. You also have the option to opt-out of these cookies. But opting out of some of these cookies may affect your browsing experience.
Necessary Always Enabled
Necessary cookies are absolutely essential for the website to function properly. These cookies ensure basic functionalities and security features of the website, anonymously.
Functional
Functional cookies help to perform certain functionalities like sharing the content of the website on social media platforms, collect feedbacks, and other third-party features.
Performance
Performance cookies are used to understand and analyze the key performance indexes of the website which helps in delivering a better user experience for the visitors.
Analytics
Analytical cookies are used to understand how visitors interact with the website. These cookies help provide information on metrics the number of visitors, bounce rate, traffic source, etc.
Advertisement
Advertisement cookies are used to provide visitors with relevant ads and marketing campaigns. These cookies track visitors across websites and collect information to provide customized ads.
Others
Other uncategorized cookies are those that are being analyzed and have not been classified into a category as yet.
Save & Accept